There are three things you need to know about Ashley Winston: 1) She has six brothers and they all have beards, 2) She is a reader, and 3) She knows how to knit.Former beauty queen, Ashley Winston’s preferred coping strategy is escapism. She escaped her Tennessee small town, loathsome father, and six brothers eight years ago. Now she escapes life daily via her Amazon kindle one-click addiction. However, when a family tragedy forces her to return home, Ashley can’t escape the notice of Drew Runous— local Game Warden, bear wrestler, philosopher, and everyone’s favorite guy. Drew’s irksome philosophizing in particular makes Ashley want to run for the skyscrapers, especially since he can’t seem to keep his exasperating opinions— or his soulful poetry, steadfast support, and delightful hands— to himself. Pretty soon the girl who wanted nothing more than the escape of the big city finds she’s lost her heart in small town Tennessee.This is a full-length novel, can be read as a standalone, and is the fourth book in the ‘Knitting in the City’ series. 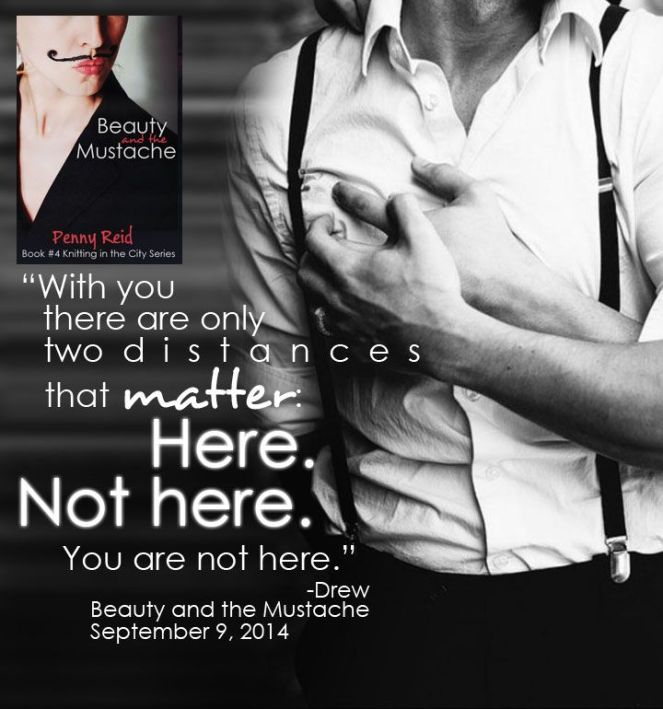 Also in the Series:

SEX! It all started with sex, between my parents. Personally I don’t like thinking about it, but whatever works for you is a-ok with me. No judgment. The sex happened in California and much of my life also occurred in that state until I moved from the land of nuts (almonds), wine, silicon… boobs, and heavy traffic to the southeast US. Like most writers I like to write, but let’s get back to sex. Eventually I married and gave birth to 2 small people-children (boy-6, girl-4 as of this writing).

By day I’m a biomedical researcher with focus on rare diseases. By night I’m a knitter, sewer, lino block carver, fabric printer, soap maker, and general crafter. By the wee hours of the morning or when I’m intoxicated I love to listen to the voices in my head and let them tell me stories. I hope you enjoy their stories.