Cadence Powers is tattooed, pierced, and panty dropping gorgeous. Women love him and men want to be him. It appears to the world that he has it all, but what people don’t see is that Cadence is a damaged haunted man, held back by untold secrets that keep him from living a real life.

When he meets Trinity Vinkers, he feels as if he can finally live the life he desperately wants. However, just as their friendship begins to grow, one stupid act causes that friendship to shatter, all because he lets his guard down allowing her into his life.

Trinity appears to be the light to Cadence’s dark. Innocent, naïve, and goofy, she seems to bring out the best in everyone around her, but she has her own dark secret. Her persona allows her to fake her way through life, at least until she meets him. Trying not to let her feelings for Cadence get the best of her is taken out of her hands when she makes a wrong decision that leaves her left with an unexpected fallout.

As life takes both Cadence and Trinity down a path that neither will forget, they are unaware of the evil lurking around them. It’s watching, waiting to step in and take everything from Cadence.

As the young lovers struggle with their secrets, a close friend will also be fighting for something,… her life. As time goes by, Cadence and the Horde from Wheels & Hogs decide that they have to do whatever it takes to keep what is theirs safe, even as death hovers around like a dark angel.

D.M. Earl resides in Northwest Indiana. An avid reader for many many years she has finally taken the jump to start writing her own stories professionally. When not reading or writing D.M can be found on her Harley Dyna hitting the road beside her husband riding his own Harley Ultra Classic.

D.M. enjoys her “kids” 4 dogs, 2 indoor cats & 3 outdoor cats. D.M. loves to be outside be it reading, writing or sitting on the deck listening to the chimes with the dogs at her feet. Also her love of gardening is reflected in numerous flower beds and a large vegetable garden.

Connelly’s Horde is her first published work released July 3, 2014. This is a Novella in her series Wheels & Hogs.

She is currently working on Book 2 Cadence Reflection which will publish on November 6, 2014.

Genre: New Adult, Contemporary Romance
Age/Maturity Level: 18+ (contains foul language and explicit sex)
Book Length: Full-length novel at approx. 100,000 words
Stand-alone or Series: Both. First book in a new series, but each book will be a stand-alone with an HEA or HFN.
Release Date: September 30, 2014

That’s how Savannah Ryan would describe Declan Whitmore, the deliciously tatted and pierced fighter who holds the top spot in The Pit, Boston’s newest underground fighting organization. Declan is relentless when he sets his sights on someone, both in and out of the ring, and Savannah’s witty comebacks and tight little body have just landed her on his radar.

There are a couple of teensy problems, though. Declan just happens to be Savannah’s new boss, which normally wouldn’t have stopped her from sleeping with him, but this recently reformed bad girl is trying to go straight after heading down a dangerous path. It’s too bad that Savannah’s new road to salvation doesn’t include pit stops for hard muscles, a beautiful face, and the prettiest damn pair of green eyes she’s ever seen.

Declan’s used to getting any girl he wants, but turning over a new leaf means too much to Savannah. She’s not going to make this easy for him. Her jaded exterior has kept people out and held her secrets in for as long as she can remember, and that’s exactly how she wants it to stay. But as Declan gets glimpses of the real girl inside, vulnerable and afraid, he makes it his mission to tear down those walls and free her.

What if this tattooed package of sin is all the salvation she needs?

“You know what they say about curiosity and the cat, right, Kitten?” Declan winks at me, grinning smugly.

My lips purse as I shake my head and buckle my seatbelt. He wants to tease me? Fine. But for his sake, I hope he can take it as well as he dishes it out. “Sorry to burst your bubble, but it wasn’t curiosity that had me barging in on you.”

Arm outstretched, he rests his wrist on top of the steering wheel. I can’t help but stare at all that inked muscle. “Oh, yeah?” he says, amused. “What was it, then?”

Declan’s smile fades, his face going slack before the back of his head hits the headrest and his eyes close. “I don’t even care if you’re kidding. I’m just gonna pretend like you’re serious, because holy fucking shit is that hot.”

“I am serious. Had to bite one of your pillows to keep from screaming out. And, um, I should probably wash your sheets when we get back. They got kind of . . . wet.”

His jaw clenches as his eyes squeeze shut even tighter. Gripping the steering wheel, his knuckles bleach with the force.

This is too easy.

I’m grinning like a madwoman as he reaches down and tugs on his jeans, trying to make room for the impossible-to-miss bulge jutting out from his crotch.

“You have no idea what you’ve just done.” His voice is low and hoarse as he looks over at me, giving me a rueful smile. “I’m gonna be a walking hard-on for the rest of my life because of that.” 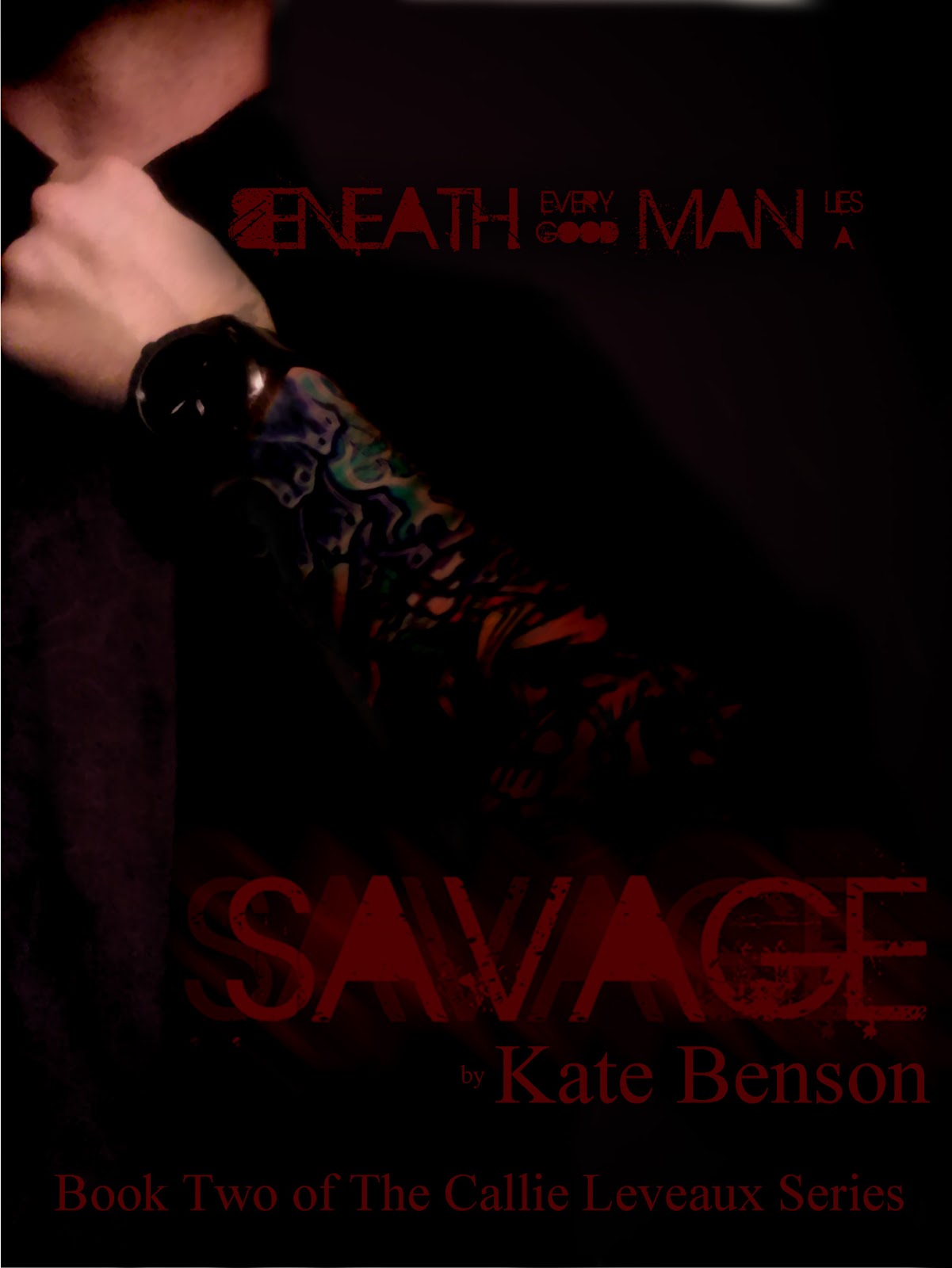 Since the night I met her at a shitty basement party in high school, I’ve wanted her, craved her. Even when we were fifteen, she had something animalistic,
primal hiding behind those grey eyes. I still can’t put my finger on what it is about her.

Whatever it is, I’m addicted.

Callie Leveaux? She’s always craved sex. Up until now, she didn’t even care much who it was with, but I’m about to change all that.

I sat on the sidelines, struggling to kick one vice so I could trade it for my addiction to her. You might think I did it to be a better person, but the
truth is, it’s always been for her.

My name is Tommy Savage and I’m the man she’s been waiting for. 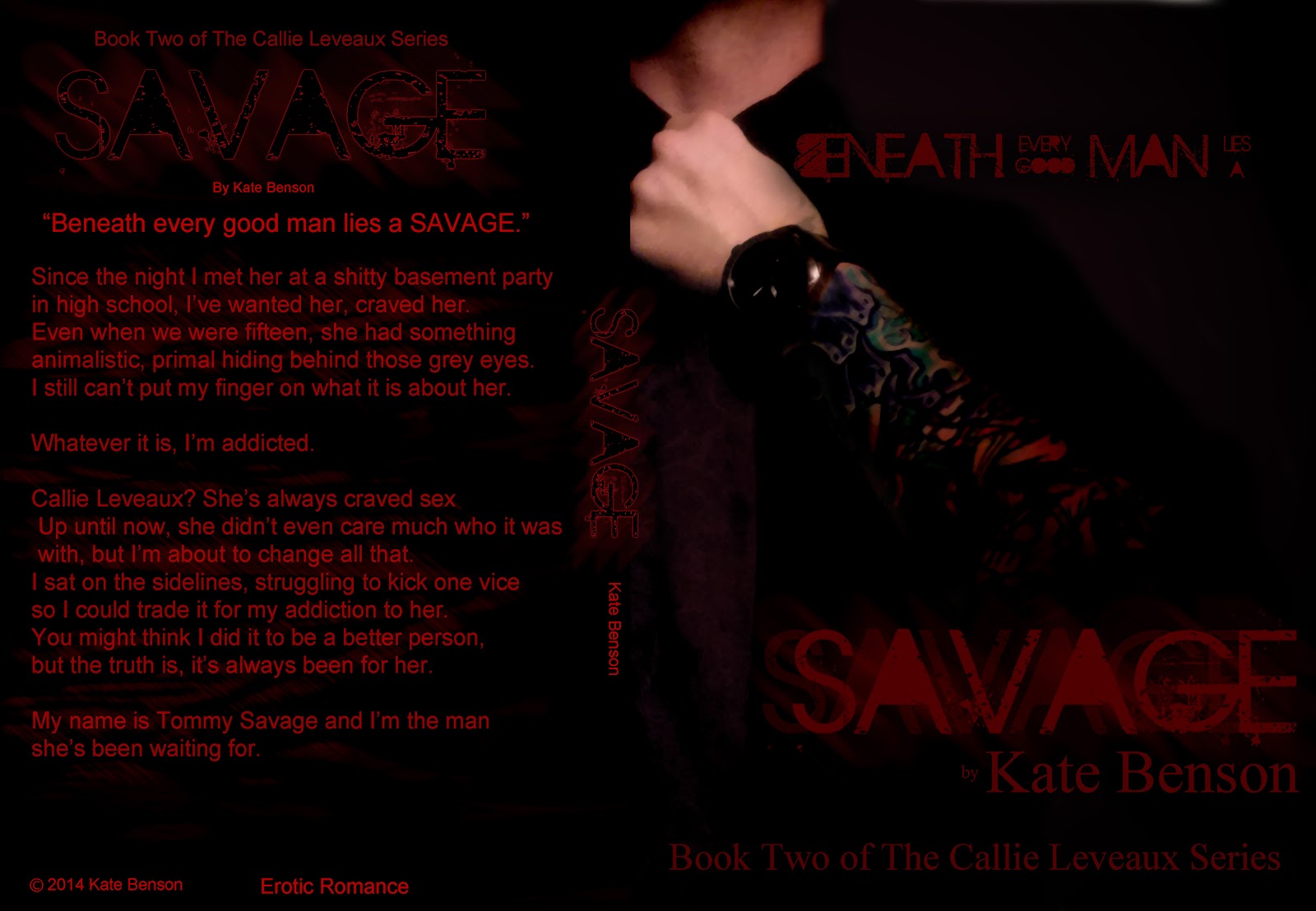 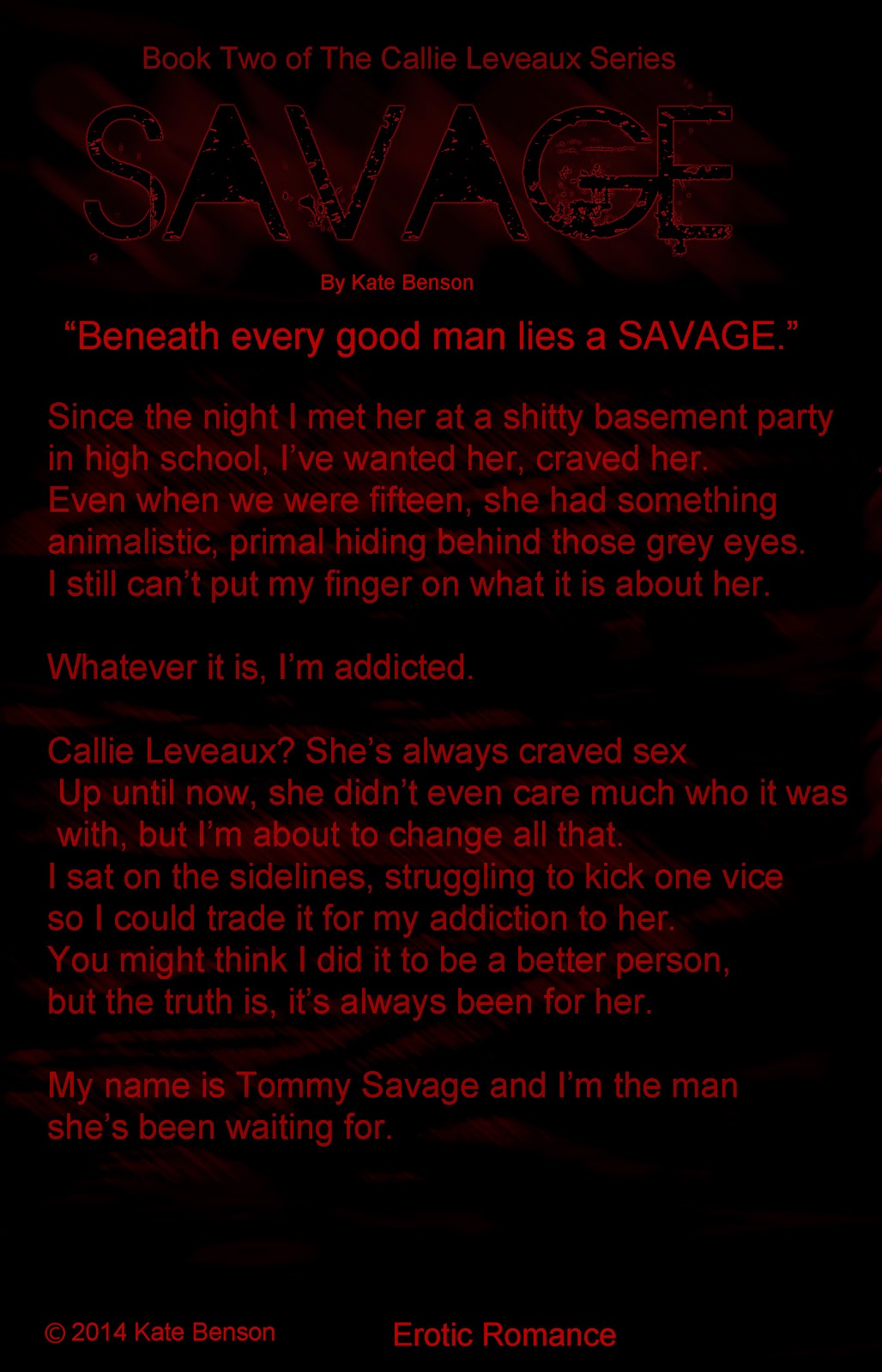