While the pleas of Logan Kellar’s best friends typically fall on deaf ears, there’s one voice he can’t ignore so easily. His own. And when Maxx, his beautiful best friend, says something that shakes his existence, he finds himself suddenly desperate to be heard.

A Note From the Author:

I am launching an Interactive Reading Program! In the Senses Series Books, the characters actually speak to you as the reader throughout the book. However I am taking it a step further and allowing you to submit a character to be featured IN THE BOOK! Interested? Hell just even a little curious? Follow the link below…

Have you read Blind and got to know the sexy Logan and the hot nerd girl Maxx? You have? Good, you can continue reading 🙂

First I want to start of saying you HAVE TO read this series! Xavier has an amazing ability to connect you to the characters, whether they have big or small parts. You laugh, cry and fall apart along with them. She’s AMAZING. Now on to the good stuff!

Logan = FUCKING SEX GOD! I mean seriously, you know you want him as much as every other MMA groupie. I would totally do a walk of shame for just one night with this man. Totally worth it!

Maxx = hot ass nerd girl. You know you love her and totally feel her pain as she watches Logan with all the tramps he messes around with.

However, when these two finally get together… MIND BLOWING! You know it’s coming, all the sexual tension and the anger Logan has with other men looking at Maxx. It’s bound to come to one hot ass sex scene! I mean you can’t get me all worked up like and with no release, it’s just not right!

But the ending…. OMG that ending! My heart totally breaks for Logan at the end. I’m really hoping that in Numb things turn out the way they are supposed to (well, what I think is supposed to happen anyways).

So Xavier, I am impatiently waiting for the next book. Hurry up and put those magic fingers to work. I have to know, no I NEED to know, what happens next between Logan and Maxx!

Xavier Neal lives in Texas where she spends her time getting lost in writing, reading, or fandoms she recently discovered. Whether she is enjoying books or movies, she continues finding inspiration at every turn to bring more exciting stories to life.

She has a secret.

I’m complicated. Not broken or ruined or running from a past I can’t face. Just complicated.

I thought my life couldn’t get any more tangled in deceit and confusion. But I hadn’t met him. I hadn’t realized how far I could fall or what I’d do to get free.

He has a secret.

I’ve never pretended to be good or deserving. I chase who I want, do what I want, act how I want.

I didn’t have time to lust after a woman I had no right to lust after. I told myself to shut up and stay hidden. But then she tried to run. I’d tasted what she could offer me and damned if I would let her go.

One secret destroys them.

Available for the First Time Ever on Sale. Discounted from $3.99 to 99c for a Limited Time Only

My favourite saying was: the beauty in this world was hidden by filth and lies while evil was painted in beauty and smiles.

It had become a testament I lived by. A rule I never broke. Because I no longer trusted beauty and smiles. I learned the hard way.

I learned to scratch the surface and search for truth and realness, all the while protecting myself in lies.

But then a man, who was neither beautiful or a liar, made a proposition. With fear and stupidity, I sold myself to him. Sold myself to a fighter who could sense my lies as easily as a fox senses a rabbit.

I revelled in it.

In a lightning move, Fox grabbed my arm and hauled me upright. I teetered on my stupid heels, cursing the pinching pain of blisters. My eyes came to his mouth, and I gulped as he licked his lips.

“Your first order is to put your hands behind your back.” His breath tickled my eyelashes, smelling faintly of chocolate and mint.

Slowly, I brought my arms behind my back and linked my fingers. The moment I’d locked them against the small of my back, he hooked his finger into the dip in my dress and dragged me forward. My chest collided with his—my breasts against his hard muscle. My stomach rose and fell, brushing against his chiselled one.

“Don’t unlock your fingers.” His voice acted like fuel to the fire already licking my core. I shivered as his fingers trailed from my hips up to my waist. The pads of his thumbs tickled the sides of my breasts as he worked his way upward.

Slowly. So, slowly. Softly. So, softly.

My vision darkened; I went lightheaded all thanks to the heat he invoked inside me—turning my craving into a lunatic obsession.

I needed his touch. I needed to be petted and pampered and adored. I’d never been a sexual creature, but now I understood why people hungered for it. Why the thought of being taken and worshiped had such maddening appeal.

Shamelessly, I felt wetness building between my legs.

Fox bowed his head, his eyes never leaving mine. Green to grey, vivid to colourless. My lips parted on their own accord; my breath grew shallow as my legs shook.

Inch by inch he came closer, bringing with him the scent of smoke and metal.

I tensed for a fast kiss. A hard kiss. But Fox held himself still, hovering over my mouth only a fraction away from touching. My lips tingled and ached; my tongue wanted to dart out and lick him.

If he was using my body against me, it was working.

A small noise sounded in his chest, and I looked harder into his eyes. Instead of raw passion there, I saw utter confusion. My heart stuttered and once again my protective instincts rose. He shouldn’t be confused. I would kiss him in that moment even if I had to do it for free.

I’d never know who crossed the last millimetre of distance, but I moaned the instant his lips touched mine. Our eyes snapped shut, and nothing else existed but taste.

I kept expecting him to break. To drag me closer and plunge his tongue into my mouth, but he did the opposite. With perfect pressure, he coaxed my lips apart and the very tip of his tongue entered my mouth. His taste intoxicated me, and I strained forward, rubbing my breasts against him.

He stiffened, but didn’t stop kissing me, keeping up the maddening softness, exploring deeper with a gentle tongue. My head swam as I forgot to breathe; my fingers loosened until my hands fell to my sides. All I could think about was touching him, dragging him closer, forcing him to be rough, to end his infuriatingly slow assault.

Something switched in him and his lips pressed harder. Confidence filled his touch and he dragged me closer, hips thrusting just enough for me to feel the hard heat in his slacks. I tipped my head, allowing him better access, wanting him to kiss me deeper.

But he didn’t take advantage.

Slow and soft and coaxing.

It was the best kiss I’d ever received, but also the worst. It sparked lust and need in every inch of me. My lips wanted more, my tongue wanted savagery. My skin wanted to bruise because he needed to touch me so badly.

Pepper Winters is a NYT and USA Today International Bestseller. She wears many roles. Some of them include writer, reader, sometimes wife. She loves dark, taboo stories that twist with your head. The more tortured the hero, the better, and she constantly thinks up ways to break and fix her characters. Oh, and sex… her books have sex.

Her Dark Romance books include (click for buy links from numerous online sites):

Tears of Tess (Monsters in the Dark #1)

Quintessentially Q (Monsters in the Dark #2)

Twisted Together (Monsters in the Dark #3)

Her Grey Romance books include (click for buylinks from numerous online sites):

Upcoming releases are (click the link to add to Goodreads)

Je Suis a Toi (Monsters in the Dark Novella)

To be the first to know of upcoming releases, please join Pepper’s Newsletter (she promises never to spam or annoy you.) 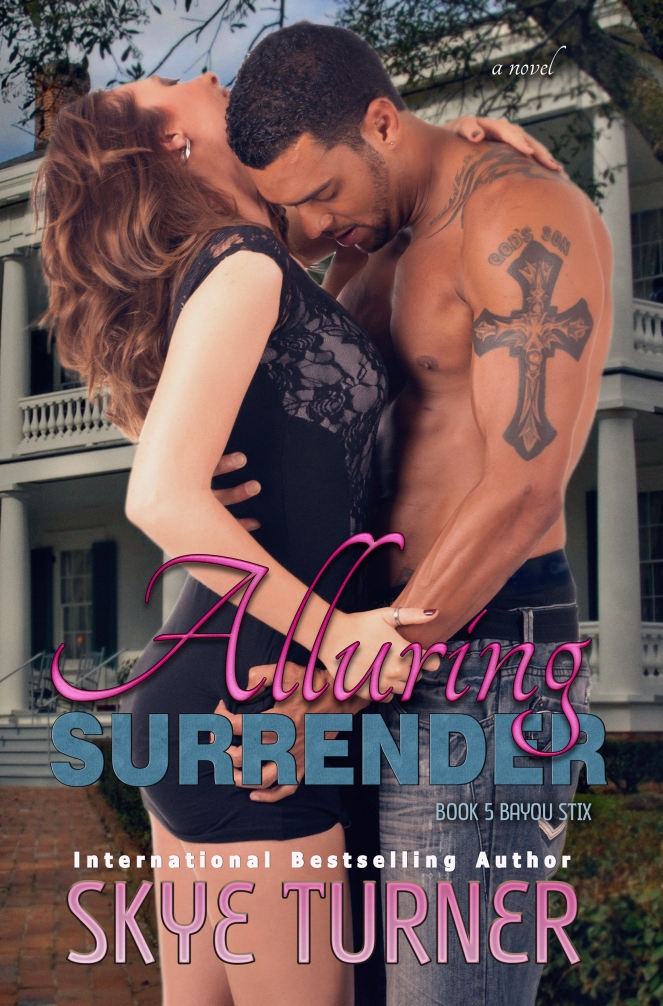 Cruz Edwards is the talented drummer of Bayou Stix, the most famous rock band in the country. Behind his drum set, he’s a god. Playing is his escape from his tormented past. He’s a deeply tortured man and the scars of his conception and parentage run deep, so deep his friends worry that eventually he’ll sink into the abyss of his own making.

Tifanie Jeffries- Bellaforte is a fiercely strong woman. Her upbringing is the polar opposite of Cruz’s. She’s never wanted for anything and comes from one of the most influential families in Louisiana history. Her privileged upbringing smothered her and she’s worked harder than anyone to prove that she is capable of anything she sets her mind to. She is living proof that character and hard work are more important than a family name and wealth. She’s shunned her life of luxury and supports herself as a brilliant paramedic.

Other than being behind his drums, Cruz is used to hiding from the world and only allows his beloved momma and trusted group of friends a front row seat to his true self. Tifanie is used to getting what she wants, not because she feels entitled, but because she’s willing to work for it.

What happens when a strong woman who refuses to give up meets a man who’s only known despair?

What happens when the walls you’ve built around yourself are pulled down one by one?

What happens when the biggest challenge of your life is overcoming yourself?

Sometimes the things that prove you’re strong come from allowing yourself to surrender. 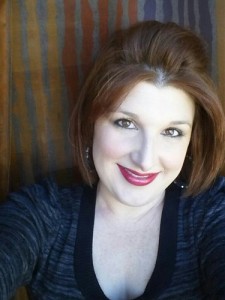 Skye Turner is an avid reader and an editor turned writer.

She attended Southeastern Louisiana University and Louisiana State University where she majored in Mass Communications, centering her studies in Journalism. Unfortunately life intervened and she made the choice to leave her studies.

She lives in small town Louisiana with her husband, 2 children, and 4 fur babies.

When she’s not chained to her laptop pounding out sexy stories she can usually be found playing Supermom, reading, gardening (playing in the dirt), listening to music and dancing like a fool, or catching up on her family oriented blog. 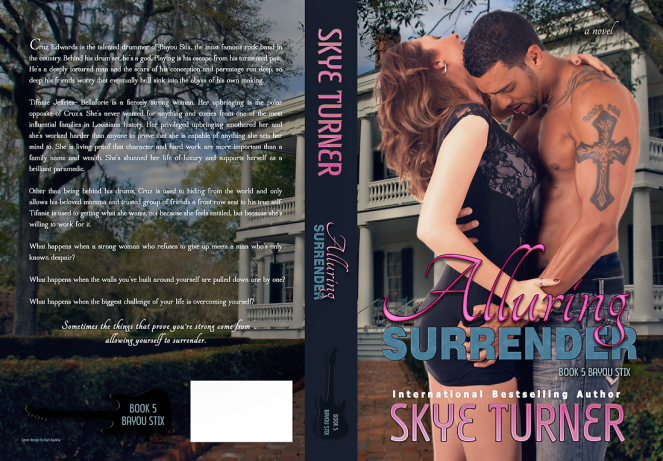