On May 15, 1975, fifteen-year-old Ginny Lemon is abducted from a convenience store in Fort Lauderdale by a member of one of the most notorious and brutal motorcycle gangs in South Florida.

From that moment on, her life is forever changed. She gets a new name, a new identity and a new life in the midst of the gang’s base on the edge of the Florida Everglades—a frightening, rough and violent world much like the swamps themselves, where everyone has an alias and loyalty is tantamount to survival.

And at the center of it all is the gang’s leader, Grizz: massive, ruggedly handsome, terrifying and somehow, when it comes to Ginny, tender. She becomes his obsession and the one true love of his life.

So begins a tale of emotional obsession and manipulation, of a young woman ripped from everything she knows and forced to lean on the one person who provides attention, affection and care: her captor. Precocious and intelligent, but still very much a teenager, Ginny struggles to adapt to her existence, initially fighting and then coming to terms with her captivity.

Will she be rescued? Will she escape? Will she get out alive—or get out at all? Part psychological thriller, part coming-of-age novel, filled with mystery, romance and unexpected turns, Nine Minutes takes readers into the world of one motorcycle gang and inside the heart of a young girl, whose abduction brought about its fall.

OMG!!!! I am not even sure how to begin this review. There are no words to adequately describe how addicting and freaking fantastic this book was! Ginny aka Kit is a teenage girl when she is kidnapped in 1975 by a biker who is part of one of the most dangerous biker gangs in South Florida. She is brought to the leader, Grizz, as a “gift.” She is terrified yet intrigued when she first sees him. He is a person no one easily would forget. Instead of being violent and mistreating her, he is tender and loving towards her. And, she finds a love that she has been missing all of her life. Thus, begins the story that will bring about all sorts of emotions in readers.

I am not a huge fan of MC books, but this is unlike anything I have ever read. The characters are so vividly developed that I could see them clearly in my mind, but more importantly, I connected with all of them. Of course, I felt all the emotions Kit did. She endured more than one person should have to in their lifetime. However, she not only survived but thrived. There are no words to describe Grizz; he is truly unforgettable. I, like Kit, found him mesmerizing. I have never had a character tear me up and affect me like he did. He is one of the most complicated characters I have ever encountered. He is brutal yet tender-not to mention sexy as hell. At times, I loved him and at times, I hated him, much like Kit did. Another character who plays a big part of the book is Grunt. He is a pretty complicated character as well and plays a huge part in the book. Yeah, another hotter than hell biker!

There is so much more that I want to write about Nine Minutes, but I don’t even want to hint at the secrets and twists that are hidden in the pages of the book. There are some things readers may not like. For example, Kit is a teenager when she is abducted. But, Beth Flynn handles everything in a very sensitive way. I couldn’t stop thinking about the book after reading it. My only regret is that I hated that it ended. If there is a book you need to read this year, THIS IS IT!!!! I cannot wait until the sequel comes out. Hopefully, Beth won’t torture us for too long. One of the best books I have read this year!!!!

Beth Flynn is a fiction writer who lives and works in Sapphire, North Carolina, deep within the southern Blue Ridge Mountains. Raised in Fort Lauderdale, Florida, Beth and her husband, Jim, have spent the last 16 years in Sapphire, where they own a construction company. They have been married 30 years and have two daughters (the youngest in high school) and two dogs. In her spare time, Beth enjoys writing, reading, gardening, church and motorcycles, especially taking rides on the back of her husband’s Harley. She is a four-year breast cancer survivor.

What do you do when the one thing you want is against the rules?

Anslie Davoli is the sixteen year old daughter of the President of the Wayward Saints MC, Cason Davoli. After her mom takes her away from the club at just five years old, certain circumstances bring her back into the club under her older brother’s watchful eye.

Brantley Insico grew up in the club. His father is the Vice President of the Wayward Saints MC. At twenty-one, he thinks he’s got it all, the club, his family, and no woman tying him down. One family barbecue and his world is turned upside down.
Brantley knows Prez’s daughter is off limits, but he still craves her.

Will Anslie and Brantley be able to stay away from each other, or will they have to deal with the consequences 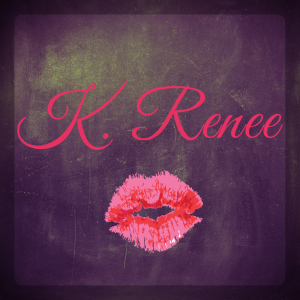 K. Renee is from sunny, California. Creative by nature, she decided to put her imagination to paper. K. Renee is an avid reader. During the day she works in an office and at night she writes. These stories have been in her head for years and are finally coming out on paper.