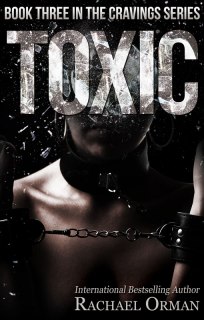 *This series should be read in order*Just when I think my life with John is settling into a happy place, things at work go crazy. Nothing is as it appears and my world starts falling apart at the seams. John takes care of me in ways I can’t express. He might be the perfect man for me, but I can only take so much before that’s just not enough.Being a dom means being there for your submissive any time she needs you, even if it hinders your own needs. I’ll do anything for Alix, absolutely anything. She’s the love of my life, but when secrets are revealed, feelings get hurt. Sometimes being a dom isn’t enough;, it’s the man inside who has to be there for hiswoman.When all is revealed, we both have to find a new balance in our relationship. That is if we can survive it all. 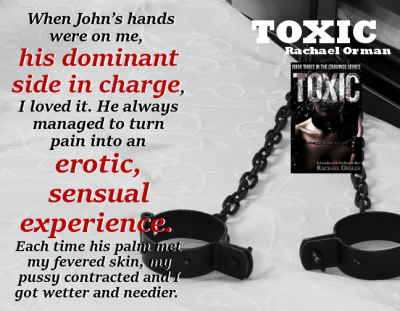 Mother by day. Writer by night. I spend a majority of my day with my children and reading while my nights are filled with the sound of the keyboard as I work on my next work.

Never stop learning. Try everything at least once. 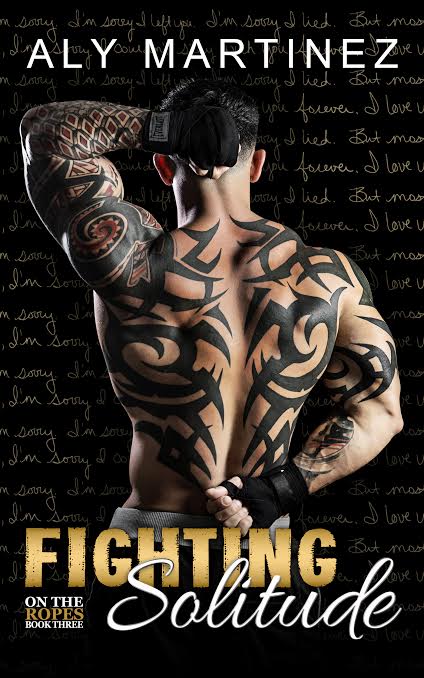 I was born a fighter. Abandoned by my parents, I spent my life forging my own path—one guided by my fists and paved with pain.

Untouchable in the ring, I destroyed everyone who faced me, but that’s where my victories ended. Outside the ropes, I repeatedly failed the few people who loved me. Including my best friend, Liv James—the one person I’d die to protect.

Even though I didn’t deserve her, Liv never stopped believing in me. Never gave up. Never let go. After all, she understood what I’d lost, because she’d lost it too.

Liv was everything to me, but she was never truly mine.

That was going to change.

I lost my first love, but I refused to lose my soulmate.

Now, I’m on the ropes during the toughest battles of my life.

Fighting to be the man she deserves.

Fighting the solitude of our pasts.

Fighting Solitude is Book Three in the On The Ropes Series by Aly Martinez and is Quarry’s highly anticipated story!

**Each book in the series can be read as a standalone**

It was worthless. She’d been deaf since the day I met her.

She’d never once heard my voice.

She’d never heard the deep rumble of my laugh when she was excited, signing so fast I could barely keep up.

She’d never heard my content sigh when she barged into the locker room after a fight—just her presence soothed the lingering madness brewing within me.

She’d never heard me whispering my deepest fears into her ear as she fell asleep on top of me.

She’d never heard the reverence in which I cried her name each and every time I took her body.

And she’d never once heard the ease in which the words I love you tumbled from my lips as I stared into her deep, jade green eyes.

But as I screamed her name while watching her petite body seizing in the passenger seat beside me, I’d never needed her to hear me more.

She was still thrashing violently as I made my way around to her door, yanking it open while pleading with whatever god was willing to help.

When she stilled, a whole new level of silence filled the air around us. It wasn’t the absence of sound.

It was the absence of life.

“Mia, breathe!” I roared as her chest remained agonizingly still. “Help me!” I screamed at the closed emergency room doors, but no medical savior rushed out with the miracle I so desperately needed.

My hands shook wildly as I released her lifeless body from the seatbelt.

“I’ve got you, just hang on. Please just hang on, Mia,” I whispered lifting her into my arms and sprinting through the sliding doors. “I need a doctor! She’s not breathing!”

Nurses rushed towards me in slow motion as the seconds without air in her lungs passed at a terrifying speed.

A doctor appeared with a gurney and quickly took her from my arms.

The immediate loss was staggering.

Hope became my only solace.

She needed help that I wasn’t capable of giving her, but that didn’t stop me from following close behind as they rolled her away. I was on the verge of self-destructing; letting her out of my sight wasn’t an option.

I stood motionless in the doorway while doctors and nurses swarmed around her. Their mouths moved frantically, but without my hearing aids I was worthless to make out the words their faint voices carried.

I never wore my hearing aids when I was with Mia. There was no point. She rarely spoke with her voice.

We’d spent four years building a relationship with our hands.

Those hands had told me animated stories that made me laugh until my face hurt from smiling.

They’d fought with me relentlessly, but always ended the night raking down my back in silent ecstasy.

Her fingers had fluidly signed I love you more times than I could ever count—or forget.

But as I felt the nurse attempting to physically remove me from the room, my eyes became fixated on her limp hand dangling off the side of the bed. It was the only sight more frightening than watching her flail mid-seizure.

It ripped the heart straight from my chest.

That hand was supposed to be full of life.

It was the very essence of Mia.

Sucking in a deep breath, I held it until the room began to spin.

It provided me no relief even as it forced me to my knees.

There would be no distraction from this.

I was going to lose her.

Yet another woman I couldn’t save.

Fighting Silence (Book One) On the Ropes

Born and raised in Savannah, Georgia, Aly Martinez is a stay-at-home mom to four crazy kids under the age of five, including a set of twins. Currently living in South Carolina, she passes what little free time she has reading anything and everything she can get her hands on, preferably with a glass of wine at her side.

After some encouragement from her friends, Aly decided to add “Author” to her ever-growing list of job titles. Five books later, she shows no signs of slowing. So grab a glass of Chardonnay, or a bottle if you’re hanging out with Aly, and join her aboard the crazy train she calls life.

Isadora Nikitas understands what it means to be betrayed. That lesson was taught to her in the prime of her life, and when she is offered a chance to exact revenge, she finds it difficult to refuse.

Instead, she entrusts her survival to a mysterious vampire known only as Diomêdês, a male who wants nothing in return but to watch over her—in every way imaginable.

Gifted with speed, strength, and immortality, she determines that her life will no longer be governed by the needs and wants of a mere man. She has cowered for the last time, and with her Ancient by her side, she thrives and blossoms into the most formidable female vampire in existence.

But, once upon a time, like all little girls, Isadora believed in love. She believed it because she once had it. So, when it comes along a second time, she knows that it’s possible—but when you love someone, they become your weakness. Unless, in fact, they become your enemy instead…

Fulfilling your life’s prophecy should be empowering. At least, that’s what Elias Fontana always believed. But, as he stands guard over the beautiful vampire he’s taken hostage, his convictions start to crumble. Made to believe by his creators that he and two others have been designed to destroy a dangerous race, he has difficulty connecting his current reality to the woman he once loved.

A TANGLED TALE TO UNRAVEL…

When friends become enemies and enemies become lovers, who can you trust in the webs of lies and despair? And, when your life is at stake and blood has been shed, how much are you willing to sacrifice to fulfill your destiny?

Bestowed with eternal life by the Ancient Vasilios, Alasdair Kyriakous is one of the most feared and ruthless vampires in existence. His name carries weight across all of the seven continents.

But he is a mystery to his kind, an anomaly among the self-indulgent. While he enjoys the pleasures of the flesh, he is exceptionally particular in his choice of partners and prides himself on his ironclad self-control.

Yet with one look his control will become a thing of the past, and Alasdair will discover that eternal life doesn’t always last forever…

Thrust into a world he could never have imagined, Leo Chapel awakens in his worst nightmare. Taken hostage by the dangerously mesmerizing vampire, Alasdair, Leo must rely on his intelligence to escape before he reveals a secret he isn’t even aware he’s hiding.

Unaware that they’ve been brought together by an outside force and are little more than pawns to a higher power, Alasdair and Leo spend time trying to uncover the other’s secrets, the attraction between them growing stronger all the while.

But enemies are watching and preparing to act against them. When decisions that will alter lives and destinies have to be made—can a dead, grey heart learn to beat again?