Seconds.
That’s all it takes to have everything ripped away from you.
No one knows this better than Adam Beckerson and River Ahlers.
Each is fighting a losing battle with the death of Bobby and the fallout it causes. Adam loses a brother; River her best friend.
And while Adam finds himself fading into the bottom of a bottle, River finds the only thing she can do is run away from everything– including Adam.

Sometimes when you lose everything, you lose yourself. The important part is finding your way back again.

Someone had to do this, and it sure as hell wasn’t going to be Adam. I breathed in and closed my eyes, only opening them as I exhaled and put one foot in front of the other. The key was hot from the heat of my body as it shook its way into the door knob. The metal clunked, and the wooden door swung open, leaving me staring at the empty room once filled with happiness. My eyes rushed over it as my mind flashed with memories, and my feet somehow continued in–all the way to Bobby’s bedroom door. My chest constricted and stars popped in my vision as I swung it open. I found myself blinking rapidly as my eyes wandered the room, stopping on the dresser where frames contained pictures of Adam and me, Bobby and me, the three of us, and then Tara and Bobby. My feet yet again propelled me forward, but I stopped as I breathed in, choking on the air.
My body warmed as my chin trembled and I breathed in again.
There it was again.
Bobby. The room smelled like him.
My eyelashes fluttered against my cheeks as the scent encircled me. Bath and Body Works’ Twilight Woods. The cologne we picked together when we were twelve. For fifteen years he’d worn it, even after Tara told him she hated it.
My eyes opened and moved to the hockey jersey hanging half out of a drawer–exactly where he left it that morning. My knees shook, and I found myself sitting on the bed staring at it. I reached forward, and the worn fabric embraced me as I brought it up to my chest. I pursed my lips together as the tears gathered and I pulled the jersey over my head, engulfing myself in his scent–it was embedded into this clothes despite constant washing. In my memories, his laughter carried through the room. It wasn’t the first time I wore one of his jerseys. I closed my eyes and curled into a ball on his bed.
“So you remember it too?” Bobby’s voice reached my ears, and the darkness behind my lids drifted away, parting until it was him and me in the tree house. I sat up on the bed, looking at him as he smirked at me from the edge of it. “See the thing is, I imagined it like this–you know? You practically naked;” his teeth ran over his bottom lip as his eyes ran up my legs, barely covered by my sleeping shorts. “in my jersey.”
He moved forward and his hand cupped my chin as his thumb caught a tear. “You weren’t crying in my fantasies, though. You cry so much now, Riv. I don’t want you to cry.”
I closed my eyes as my vision blurred from the weight of them, burdened by the false warmth of his touch.
“I’ve lost myself just as much as I’ve lost you,” I whispered, trying to memorize the feeling of his soft hands against my skin. So caring and loving when everything seemed so cold now. “All my dreams are shattered without you.”
Bobby’s hands reached for my face, turning it, so I was looking at him. He was beginning to waiver in and out, and panic burned its way up my throat.
He was going to leave.
But this was so real.
“Please don’t leave,” I said, and the tears and clenching of my throat made the words as physically painful as they were emotional.
“I thought all my dreams shattered when I found out Adam was with you–and it was over for me–that I didn’t have any more chances. My dreams realigned, though, Riv–they changed, refit into even better dreams. I expect you to do the same,” he said, and he was fading faster; his body just a wisp and his touch a mere warmth with nothing substantial behind it.
“But Adam–“
“You’ll figure out what to do, it might be hard, but in the end, it will work out. You and him are what’s left of me. Remember that. Together you make me whole,” he said, and his lips reached for my cheek, sending heat through my body as he disappeared.
“Bobby!” I yelled, and suddenly I was sitting straight up in the bed sobbing, the warmth of his lips against my cheek a stinging pain. I leaned back, pulling my knees to my chest and cried until the darkness consumed me.
This time, Bobby’s warmth didn’t return. 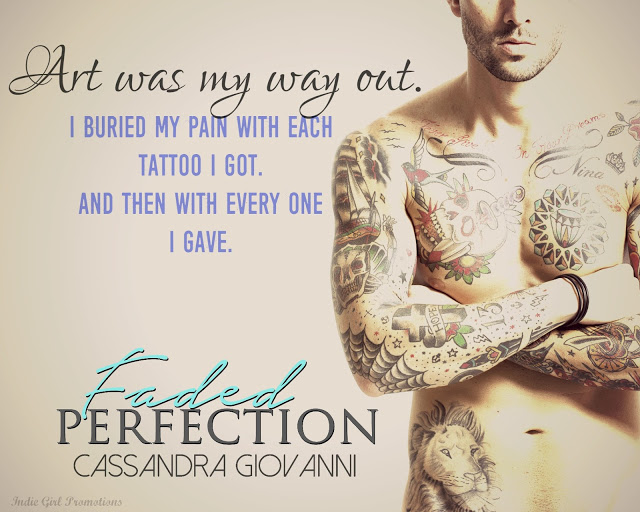 “The only person who can find you-the real you-is yourself. Maybe you ran from who you were because you weren’t that person anymore. Now you just have to find out who you are now and learn to love that person.” ~West~

I have been waiting for what seems like forever for this book to come out, and I have to say it was well worth the wait. It picks up right where the first book ended, with my heart breaking for Adam and River. They have suffered a devastating loss, and in this book, they deal with their grief in very different ways.

At times, Faded Perfection was very hard for me to read…yes, I cried. Cassandra Giovanni broke my heart in places, but she does such a phenomenal job of capturing the true grief of losing someone you love. Adam and River dealt with their grief in very different ways which caused a deep chasm in their relationship. There were times I didn’t like either one of them, but I could empathize with them. River took care of Adam, and in the process, she lost herself. While this is a story of love and loss, it’s also a story of self-discovery. River matured so much within the pages of this book. My heart broke for Adam, but I also wanted to kill him at times. I felt the same way about Tara as well. I can only imagine surviving what she did, but I felt like she wasn’t loyal to River, who came as much as she could to visit her and support her in the hospital. When West was introduced, oh my, there are no words for this man. He’s had his share of pain as well, but he cares very deeply for River. He’s the rock that she so desperately needs.

I thought Giovanni did an outstanding job with her first book. She had an ending that I wasn’t expecting. In this one, she shows how such a devastating loss affects the people who are left behind to pick up the pieces. It was amazing seeing the choices each made, from alcoholism, denial, tears, anger, etc. I know River’s story is far from over. It will be interesting to see how the relationships all pan out. I’m not sure if I’m Team Adam or Team West yet…although, right now, I’m in West’s corner. Looking forward to the last book in this emotional trilogy!!!!

Cassandra doesn’t remember a time when she wasn’t writing. In fact, the first time she was published was when she was seven years old and won a contest to be published in an American Girl Doll novel. Since then Cassandra has written more novels than she can count and put just as many in the circular bin. Her personal goal with her writing is to show the reader the character’s stories through their dialogue and actions instead of just telling the reader what is happening. Besides being a writer, Cassandra is a professional photographer known for her automotive, nature and architectural shots. She is happily married to the man of her dreams and they live in the rolling hills of New England with their dogs, Bubski and Kanga.
Cassandra Giovanni is published by Show n’ot Tell Publishing based out of Connecticut, USA
Connect with Cassandra on Facebook, Goodreads and Twitter.  Learn more about her and her novels at her website, www.cgiovanniauthor.com and read the first ten chapters of each of her published novels through her Book Catalog. 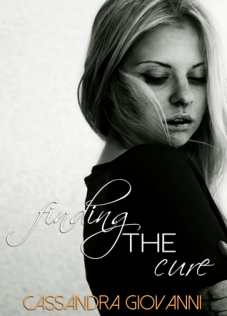 In Between the Seasons (The Fall Series #1)