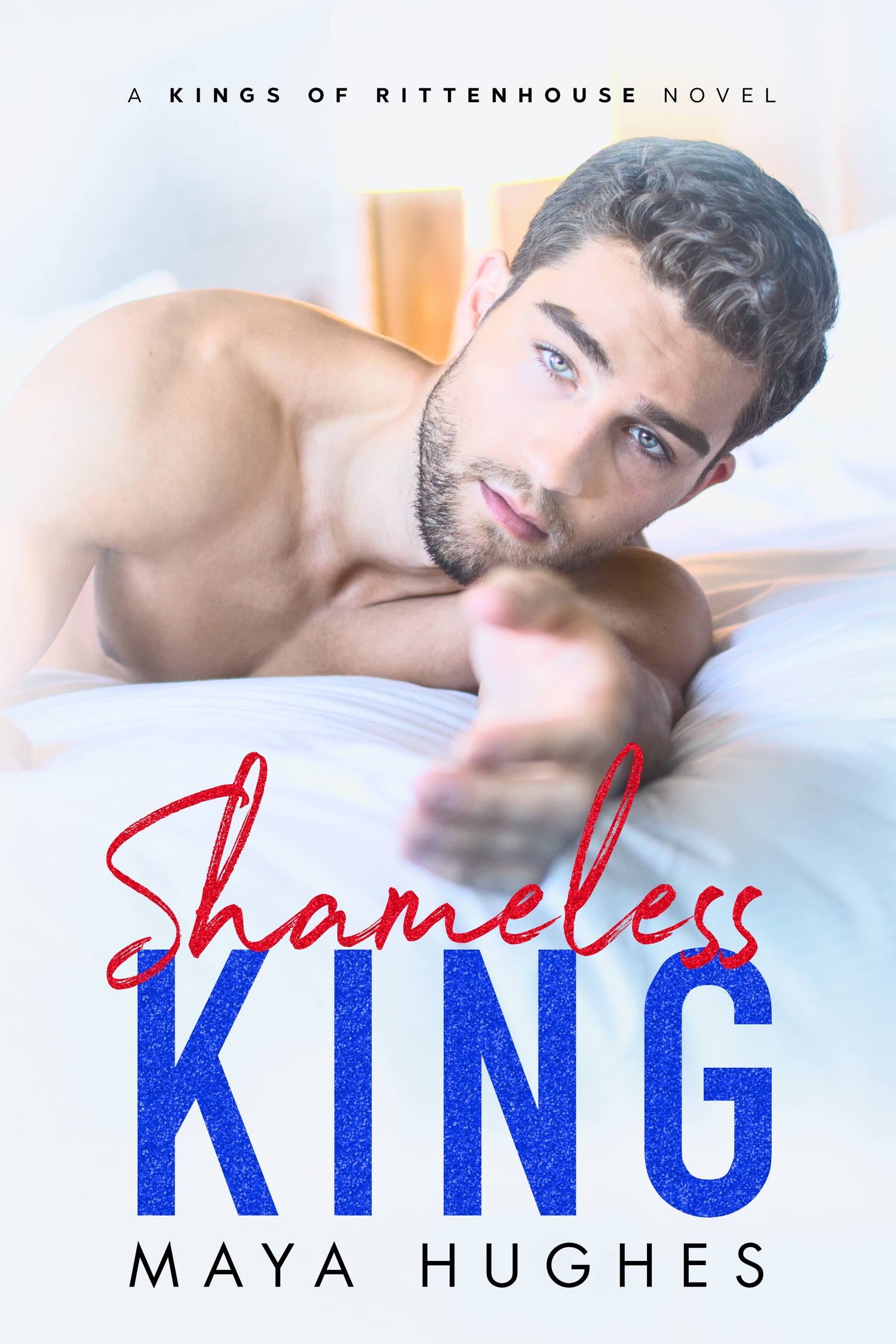 Everyone’s impressed, well except one person…

After a blow out in high school, Makenna Halstead and I were happy to never have to cross paths again. Except life has a way of knocking you straight in the teeth with a puck when you least expect it. She hasn’t just returned to my life, she crashed into it like a wrecking ball…into my college kingdom, into my class, and smack dab into the seat next to mine. My new lab partner to be exact.

For years we hated each other… I may be King on the ice, but she is the Ice Queen. She has no problem calling me out, doesn’t back down, and her piercing blue eyes have me picturing more than than just my arms wrapped around her.

Now we’re stuck with each other and there’s no getting around that fact that we have to work together. My hockey career hangs in the balance. Problem? Oh, yeah.

I can’t deny it. I want her. More than I ever thought I could want a woman. I’ve got one semester–only four months–to convince her everything she thought about me was wrong.

Will my queen let me prove to her I’m the King she can’t live without?

Only one way to find out…

Maya Hughes is a Jersey girl, no not that kind! And she also thinks it’s super weird to talk about herself in third person 🙂 I’m a romance writer who loves taking inspiration from everyday life, the music I listen to, and the people I know to create stories that sparkle and shine.

I’m the mom of three little ones, the wife to an amazing husband and also work full time. Some of my favorite things are cinnamon rolls, white wine, laughing until I can’t breathe and traveling with my family.

A historical crime thriller set in 1886 Chicago; the power house of America, a sink of corruption and vice which is haunted by riots and gangland killings.  A story of weak men and strong women.

Jack Stevens discovers the bodies of two women, Philomena Blackstaff and Mary Walsh, tied together and hung by their ankles in a position resembling the symbol for treachery as depicted on tarot cards. Though retired and now wealthy, Stevens is an ex-sheriff and involves himself in the subsequent investigation.

As a result of Jack `stealing’ Philomena’s diary and his association with the Pinkerton detective agency, it is discovered that Mary Walsh worked undercover for the Pinkertons, investigating the Knights of Labour (the fastest growing workers’ rights movements in America of the late 1800’s). The women had been working together, tracing the man who was selling guns and dynamite to the more extremest factions of the workers movement. This led them to Ruby’s, a secret `nightclub for deviants’, where Stevens and Inspector O’Leary believe the pair fell foul of the man they were looking for, gang leader Joseph Mannheim.

With the May 4th Haymarket riots and bombings looming, Stevens must uncover the truth about The Hanging Women before it’s too late.

What a wonderfully crafted book of suspense and intrigue!

The Hanging Women centers around the murder of two women found hanging by former lawman, Jack Stevens. That discovery will open up a web of betrayal and violence that no one will see coming.

As much as this is a mystery, it is also a historical read as it takes place in the late 1800’s when many things were happening in US society…women’s rights, worker’s rights movement, and gang/mafia activity. I felt like the author did a great job of interweaving each of those into the plot of the book.

Not only was the plot good with all the twists and turns, but the characters were some of the most complex I have run across in my reading, especially Jack, his wife Martha, and his mistress, Kitty. Each of them is far from perfect, and with each chapter revealing something else about them. Jack, especially is not your typical hero…he is a cheater, bad-tempered, and loves to drink, yet I found myself rooting for him. The further I got into the book, I found myself liking Martha and Kitty even more. The were certainly strong female characters who were women ahead of their time.

This is a well-written book with great attention to detail which helped we envision the time and places in Chicago. Not only do you get a great historical read, but one fine mystery/suspense as well!

John was born in the mid-fifties in Dagenham, London, on part of the largest council estate ever built, and was the first pupil from his local secondary modern school to attend university. He has now taken early retirement to write, having spent the first part of his life working in education and the public sector. He was the director of a college, a senior school inspector for a local authority, and was head of a unit for young people with physical and mental health needs. When he is not travelling, going to the theatre or the pub, he writes.

His inspiration for his debut novel came whilst attending a lecture in Denver about the history of the American midwest, describing a time and place that was very different from that espoused by popular culture, which started him thinking this would make a excellent period in which to set a crime story.

His book describes how Chicago was a prototype of much that we consider both good and bad in the current age, it had a vibrancy and decadence that allowed a few enterprising individuals to prosper whilst violence and intolerance held back many others. The situation for some African Americans and women was improving but it was still a time when to be anything other than white and male made you a second class citizen.  The city was the manufacturing and transport hub of America, the vast influx of immigrants swelling its already booming population brought great wealth but also corruption and criminality. The midwest and Chicago typified a way of life, the ‘gun culture’ which is a euphemism for individualism, from which much of modern American social values have grown.

John is currently working on a trilogy of novels set in modern day London. These police procedurals examine the darker side of modern life in the East End of the city: a Whitechapel noir.