Samantha Jaynes took her life in the cold lake. Now Rosie Trimble has done the same. Both claimed they had seen an angel. And they’re not the only ones.

A spate of teenage suicides rattles the rural community of Kirkdale, in England’s Lake District. Before they died, each of the girls talked about seeing an angel. Is this collective hallucination, or is something more sinister leading these young girls to their deaths?

That’s a question for Dr Alex Ripley, the so-called Miracle Detective. Brought in to help the police, she finds a community rooted in fear and suspicion, bound by their strange faith, unwilling to help, unable to forgive.

Because the people of Kirkdale have buried their dark past once, and they’re not about to let Ripley dig it up again.

The Cuckoo Wood is the first Alex Ripley Mystery

Be prepared to not do much else until you have finished the very last page of this book! It will keep you up well into the night! I was hooked from the very first page.

There have been several girls in the tiny community of Kirkdale that have drowned, but the authorities have ruled it suicide. Each one had talked about seeing an angel not long before dying. So, the authorities bring in Dr. Alex Ripley, also known as the Miracle Detective. She has somewhat made it her mission to debunk and expose fake faith healers. As she learns more about the deaths and the community, she finds that most of the town’s people have a subscribe to a strange faith, one full of mistrust and suspicion.  They don’t want to help solve the mystery, and they are also very unforgiving. As she digs deeper, she confronts danger, and a possible connection to a suspicious drowning many years before.

This is a top notch mystery that has a great cast of characters, and at times, can really creep you out! Those are my favorite kinds of mysteries. The author also has done a great job of developing the character of Dr. Alex Ripley. She is very complex with many levels that make her up. Although it’s her job to expose fake religious leaders, she is also searching for something to satisfy her craving to believe in a higher power. She will be confronted with things that challenge everything she believes in. I think Coleman has only scratched the surface with Alex, and I can’t wait to see what other secrets she will reveal in the future!!!! 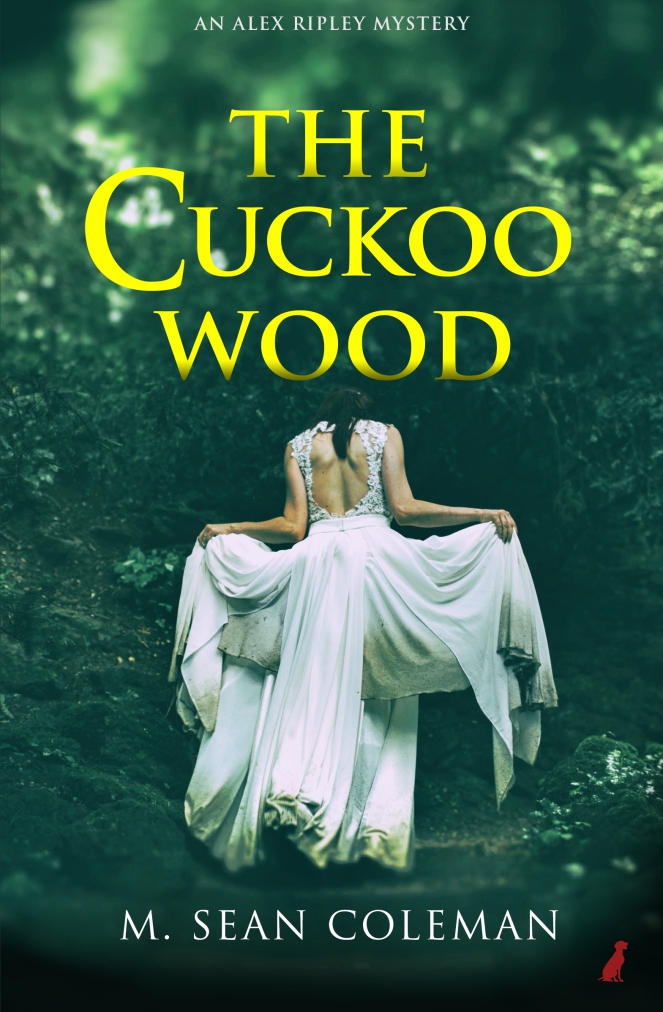 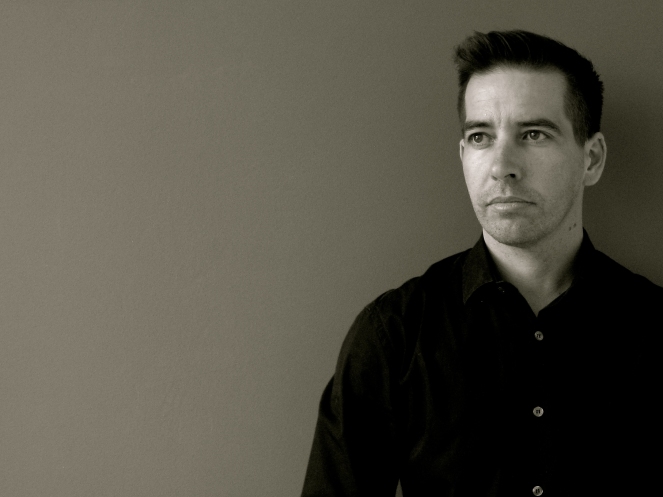 Born in the UK and raised in South Africa, M. Sean Coleman developed a love for reading and writing novels in his early teens, thanks to two incredibly passionate English teachers who infected him with their love of words and stories. Over the intervening years, he has written film and television drama, cross-platform series, an interactive children’s storybook and a graphic novel series.
He finally found his niche as a thriller writer when he was asked to write a novel as part of the cross-platform project, Netwars. His first book, The Code, was published six months later, with the sequel, Down Time, hot on its heels. There was no going back.
He is obsessed with crime, mystery and thriller stories, especially those with a fresh or surprising angle. He writes novels from his home in The Cotswolds, where he lives with his husband and their three red dogs. 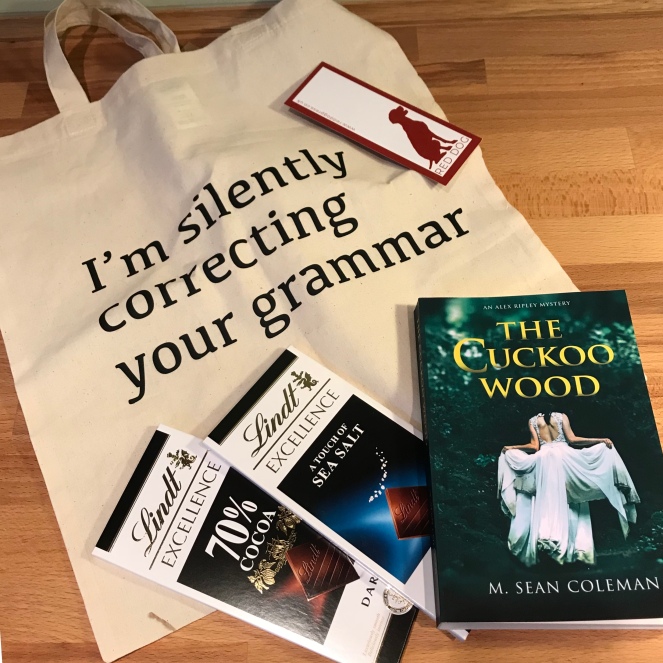 Win paperback copy of The Cuckoo Wood, a cool tote bag with book quote from the publisher, a branded bookmark and some chocolates (Open INT)

*Terms and Conditions –Worldwide entries welcome.  Please enter using the Rafflecopter box below.  The winner will be selected at random via Rafflecopter from all valid entries and will be notified by Twitter and/or email. If no response is received within 7 days then I reserve the right to select an alternative winner. Open to all entrants aged 18 or over.  Any personal data given as part of the competition entry is used for this purpose only and will not be shared with third parties, with the exception of the winners’ information. This will passed to the giveaway organiser and used only for fulfilment of the prize, after which time I will delete the data.  I am not responsible for despatch or delivery of the prize.