Fashion designer Thérèse D’Alesandro has recently moved into Westhead Manor with daughter Felicia and stepson Marco. Joining forces with neighbour Ella Benedict, she is about to open a bridal boutique at Ella’s exclusive wedding venue Lawns at Little Court.

Managing his father’s European restaurant chain, Marco has both the looks and charm to guarantee him any woman.  Any woman, that is, except the one he wants: Ella’s niece Charlotte. Marco knows he should walk away as not only is she the most exasperating female he has ever encountered she’s currently in a relationship with rock star Christian Rosetti. But the chemistry between them is undeniable and sensing trouble brewing between Charlotte and the egotistical singer he is prepared to wait.

Charlotte’s cousin Lucy has discovered Christian’s guilty secrets – ones he has been keeping safely hidden from everyone. Determined to cause mischief and at the same time settle her own score with the arrogant star, she sets in motion a chain of events which eventually brings Marco and Charlotte together.

Thérèse’s husband Gianlucca has invited the granddaughter of an old friend to stay as a house guest while he undergoes heart surgery. Rossana Caravello is due to inherit the one of Italy’s premier vineyards on her twenty first birthday in September. Aware this would make an excellent addition to her husband’s international business portfolio, Thérèse plots to push the young heiress and her stepson together. Rossana is already besotted with Marco, but if the plan is to have any chance of success first she needs to get rid of Charlotte…

Please note Wicked Game was previously published under the title The Other Side of Morning.

Wicked Game is a family saga full of betrayal and secrets, but at its heart, it’s an emotional love story between two individuals who have trust issues. Buckle up because this is a wild ride at times full of twists and turns.

Charlotte and Marco were not meant to be together. Charlotte is in a relationship with Christian Rosetti, but fate has other plans for these two. Their love story is emotional and at times quite sad as there are outside forces who are determined to keep these two apart. However, I never regretted the journey the author took me on. The ending was completely worth the emotions.

Marco and Charlotte are wonderful characters, very well fleshed out and very complex. They aren’t perfect and make plenty of mistakes. That makes them human and very easy to connect with. They really do love one another, but they are victims to the chaos and selfish ambitions of those around them.

Even though the heart of the book is about Marco and Charlotte, there are plenty of other characters who tell their stories and reveal their true motives in their own voices. Because of that, Lambert tugged at my emotions. I got angry, and my heart broke at times for Marco and Charlotte.

The book was well-written. There was a big cast of characters, but I never thought the book suffered for that. In fact, it made it better. I really like the way Lambert writes. The book takes place in several different settings, but the way it was written gave me a clear picture of each place. I love when a writer can do that for me.

I highly recommend this read if you like family sagas with romance. This book will definitely pull you into the story from beginning to end. 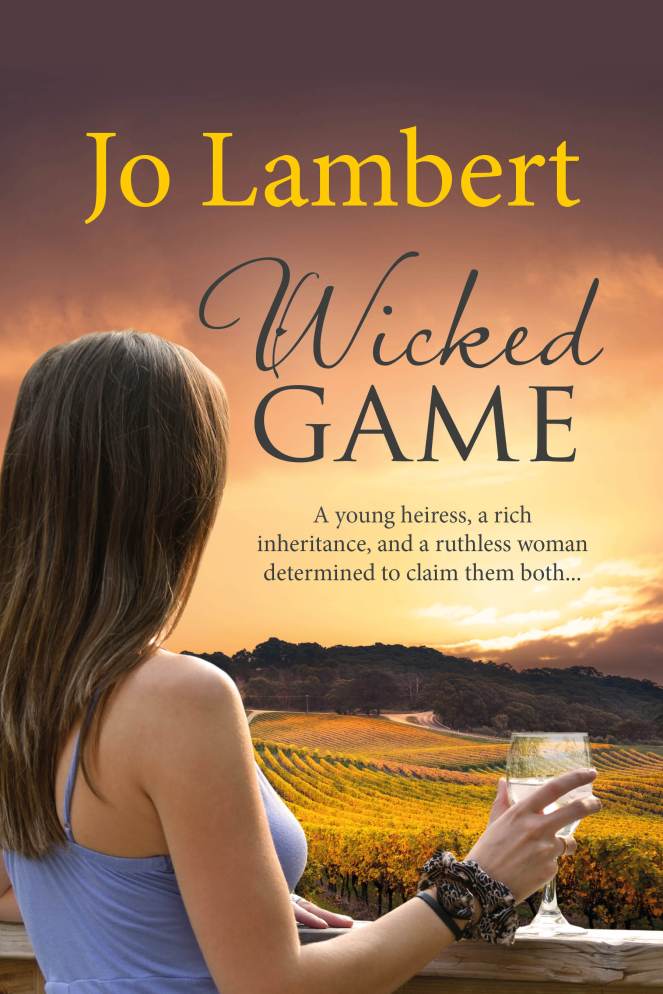 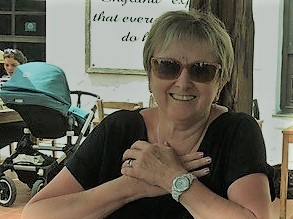 Jo Lambert lives on the eastern edge of Bath with her husband, one small grey feline called Mollie and a green MGB GT. She is the author of seven novels. The first five collectively known as the Little Court Series are saga/romances set in West Somerset. For book number six she ‘moved’ over the border into South Devon. Summer Moved On became the first of two linked contemporary romances. The second, Watercolours in the Rain was published in October 2016. In June 2018 Jo signed to Choc Lit and her eighth novel, The Boys of Summer, set in North Cornwall will be published in 2019 under their Ruby imprint. Jo is currently working on another coastal romance, this time set in South Cornwall.

When she isn’t writing she reads and reviews. She also has an active blog.  Jo loves travel, red wine and rock music and she often takes the odd photograph or two.

*Terms and Conditions –UK entries welcome.  Please enter using the Rafflecopter box below.  The winner will be selected at random via Rafflecopter from all valid entries and will be notified by Twitter and/or email. If no response is received within 7 days then I reserve the right to select an alternative winner. Open to all entrants aged 18 or over.  Any personal data given as part of the competition entry is used for this purpose only and will not be shared with third parties, with the exception of the winners’ information. This will passed to the giveaway organiser and used only for fulfilment of the prize, after which time I will delete the data.  I am not responsible for despatch or delivery of the prize.