The Memories We Bury

An emotionally charged and captivating novel about the complexities of female friendship and motherhood, from the author of Manipulated Lives.

Lizzie Thomson has landed her first job as a music teacher, and after a whirlwind romance with Markus, the newlywed couple move into a beautiful new home in the outskirts of Edinburgh. Lizzie quickly befriends their neighbour Morag, an elderly, resourceful yet lonely widow, who’s own children rarely visit her. Everything seems perfect in Lizzie’s life until she finds out she is pregnant and her relationship with both Morag and Markus change beyond her control.

​Can Lizzie really trust Morag and why is Markus keeping secrets from her?

The Memories We Bury is the very definition of a nailbiter for me. I was captivated by the story and the characters, rapidly flipping through the pages until I knew what the truth really was.

Lizzie hasn’t always had a happy life, but she believes her happily ever after is within reach after a whirlwind romance and marriage to Markus. He showers her with attention which she absorbs readily as she never had much of that growing up. Now, they have moved to a new home in Edinburgh, and it’s not long before her life changes when she discovers she is pregnant. Markus becomes distant, and she is very grateful to her new older neighbor, Morag. She likes having a “mother figure” since she never really had that kind of relationship with her own critical mother. She becomes reliant on Morag, and even more so when her sweet baby boy is born. The birth of her son changes her relationship with both Morag and Markus in ways she never imagined.

The unique way the story is laid out is brilliant, told both in Lizzie and Morag’s voices. It really added to the intrigue of the book. There were some pretty creepy moments that made the hairs on the back of my neck stand up.

The characters were so complex and complicated. With every chapter, the author revealed another layer to their personality I wasn’t expecting. There were some real surprises and twists I didn’t see coming when I first started the book.

If you are looking for a book with thrills and suspense, you can’t go wrong with this one!!! I highly recommend reading!!!! 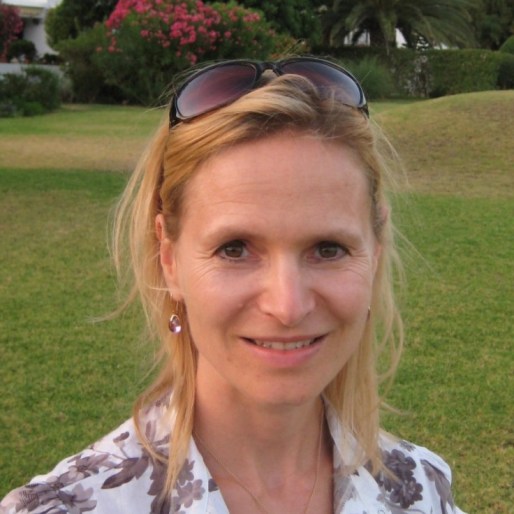 Helene Andrea Leuschel gained a Master in Journalism & Communication, which led to a career in radio and television in Brussels, London and Edinburgh. She later acquired a Master in Philosophy, specializing in the study of the mind.

Helene has a particular interest in emotional, psychological and social well-being and this led her to write her first book, Manipulated Lives, a collection of five fictional novellas, each highlighting the dangers of interacting with narcissists.

She lives with her husband and two children in Portugal.

2 thoughts on “The Memories We Bury by H.A. Leuschel Blog Tour”